Women’s hockey in Canada with Shiann Darkangelo and Holly Morisson 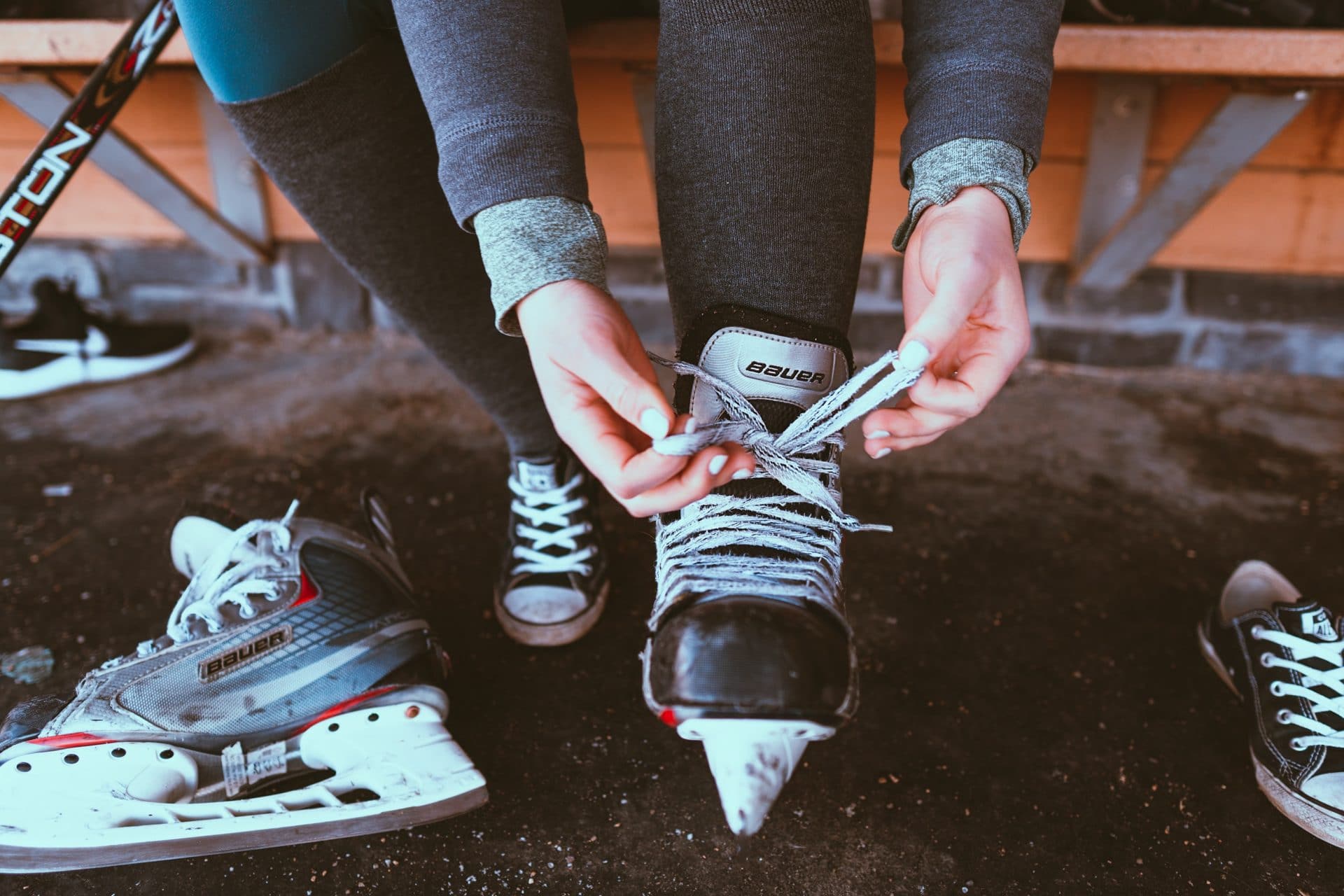 Every four years the country comes together to celebrate the finest of women’s hockey. Canadians put on their finest red and whites, often accented with gold, as they gather in front of the TV no matter the hour to cheer so loud they know our athletes can hear us on the other side of the world. Every four years the puck drops on the women’s hockey tournament at the Olympics and it would be hard to find a Canadian who isn’t enamoured with every pass, shot, and check.

Until very recently, the women who competed in the Olympics spent their club seasons across two leagues in North America. This was the National Women’s Hockey League (NWHL) and the Canadian Women’s Hockey League (CWHL). But the absence of support and financial investment in the sport of women’s hockey caused the CWHL to shut down in May 2019. The announcement was a shock to everyone across the league, from players and coaches to fans and media. Sure, it was clear that the league wasn’t rolling in money, but they had recently expanded to China and looked to be on the rise.

And yes you read that right, the Canadian Women’s Hockey League expanded to China. In 2017, the Kunlun Red Stars were established in an effort to improve the Chinese National Women’s hockey team ahead of the 2022 Beijing Olympics. Future bench boss of the Toronto Six, Digit Murphy, was appointed to lead the expansion side. Following the shutdown of the CWHL, the Red Star moved to the Russian domestic league. The rest of the CWHL teams weren’t as lucky.

For the majority of its existence, the CWHL was the premier destination for senior women’s hockey in North America. Until the NWHL came into existence in 2015, it was the only league available on the continent. Compare this to the vast number of men’s professional leagues that exist below the NHL. Some examples include the AHL or the ECHL. By and large, the men in those two lower leagues are receiving either large enough salaries or enough support from their leagues that they don’t need full time jobs to supplement what they get from playing hockey.

Compare this to the fact that the the women playing in the CWHL and eventually the NWHL are teachers, firefighters, and financial advisors while being professional women’s hockey players. The discrepancy in pay is a direct result of the lack of public support for the game. The highest paid player in the NWHL last season was earning $20,000, with teams having salary caps of $150,000. This is the equivalent to roughly 22% of the NHL’s league minimum salary of $700,000. When the NWHL announced it would be bringing on bigger corporate sponsors for the bubble season (more on that later in this series), it was also revealed that half of the sponsorship revenue is put towards increasing players’ salaries.

So now, the women who represent this country spend the three and a half years between the Olympics and all the camps that come with it either playing in the NWHL, overseas, or by representing the Professional Women’s Hockey Players Association (PWHPA). The PWHPA is an organization dedicated to the promotion of women’s professional hockey. While many Canadian players made the decision to move from the CWHL to the NWHL, an even bigger portion elected to join the PWHPA. They vowed not to play until better conditions were achieved across the sport. These include better pay, health insurance, and other supports.

Former CWHL players deserve to be commended regardless of the next step that they had chosen upon the folding of their league. With the NWHL expanding north, Canadians have a second opportunity to show these women that they support them as athletes this year, and every year, Olympics or not.

To hear more, listen to the interview below with Shiann Darkangelo and Holly Morisson. This story is the first in a four-part series on women’s hockey.

CJRU The Scope at Ryerson · Between the Red and White: Women’s Hockey in Canada with Shiann Darkangelo and Holly Morisson
View All News