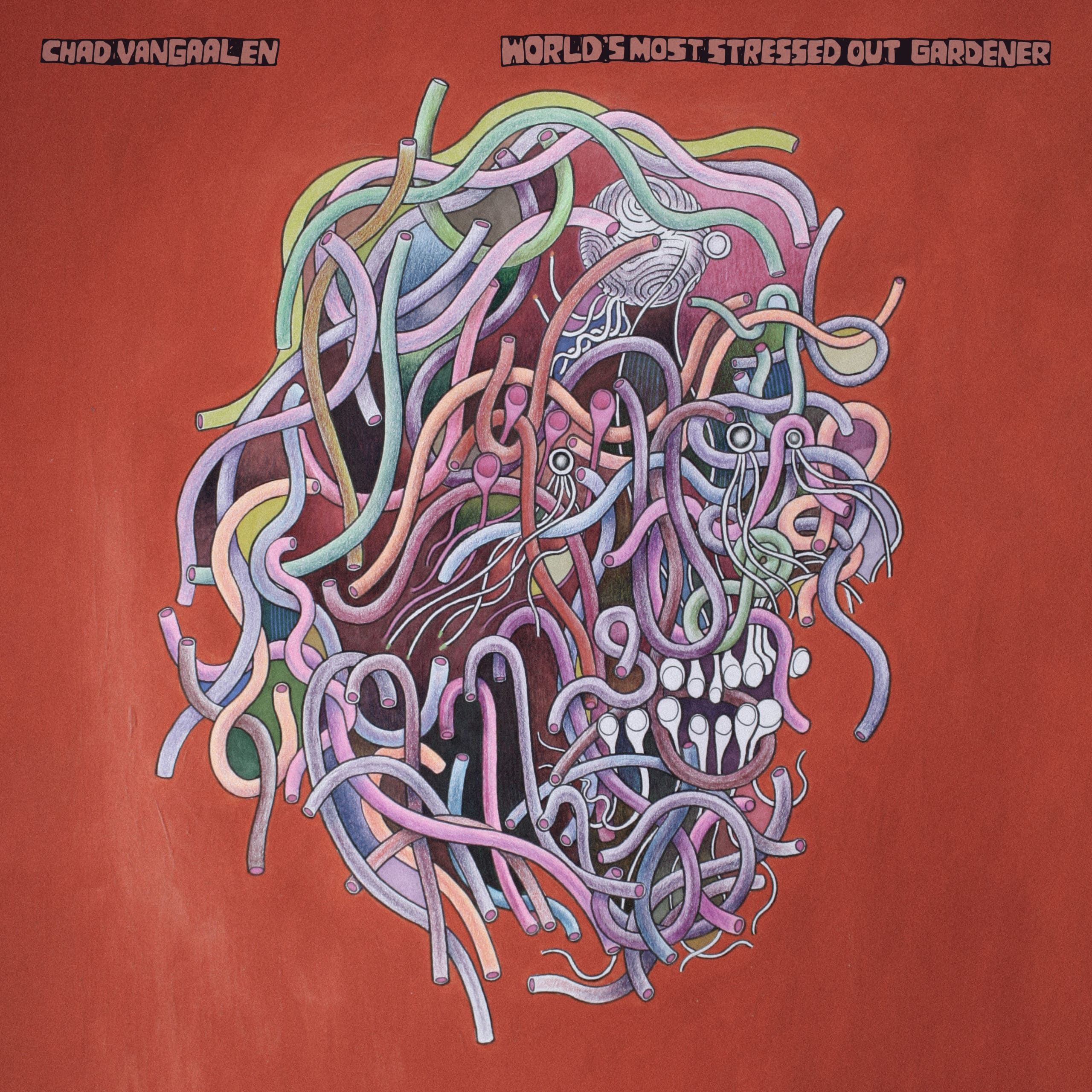 Calgary’s Chad VanGaalen is back with another album through Sub Pop Records. World’s Most Stressed Out Gardener embodies the quintessential awkward, reverby, freak-folk of Chad VanGaalen’s discography, but this time, it’s grounded in experimentalism. He is no stranger to sonic inconsistency, and World’s Most Stressed Out Gardener is perhaps the most incoherent album he’s produced so far. Wacky melodies, a weird range of instruments, and zany yet earnest lyrics are all compressed into one 13 track album, and it all works organically under the imaginative hands of VanGaalen.

World’s Most Stressed Out Gardener functions as a tour of VanGaalen’s whimsical brain and talents – staying true to his D.I.Y aesthetic. Featuring homemade “found sound” elements like pans, pots, copper pipes, and children’s chatter paired alongside traditional instruments, World’s Most Stressed Out Gardener has a strong sense of improvisation. The album’s free form, switching syncopations and instrumentations, is chaotic at times. And still, VanGaalen makes up for it with richness, wonderment, beauty, and surprising catchiness.

The album opens with ‘Spider Milk’ – the first half of which is an upbeat yet creepy summer camp song. The second half quickly phases into murky and distorted ramshackle rock. It is followed by ‘Flute Peace,’ a 46-second flute piece featuring gongs and tribal drums. And yet, the end of the track seamlessly knits into ‘Starlight,’ a full-length groovy psychedelic krautrock piece.

‘Where Is It All Going?’ then brings the mood down to a mellow and airy vibe, and the idyllic garage-psych track is a soothing highlight on the album. The rhythmic structure, the twinkly and twangy approach to folk, and VanGaalen’s vocal range here are a love child between Andy Shauf and Neil Young.

The age-old question of where it is all going is answered with silence – or rather, the spacescape odyssey of an instrumental track – ‘Earth From A Distance.’ The song feels vast and consists of overlapping orchestral synth pads that breathe an ebb and flow throughout the song. Another instrumental, ‘Plant Music,’ while simpler, creates a similar moody atmosphere with deep, textured and resonant bowed Eastern strings. ‘Inner Fire’ starkly contrasts to these interludes. It bears the same 80s brooding dark-wave characteristics and distant drowned-out vocals of Joy Division or Molchat Doma.

The closing track ‘Water Brother’ distills the erratic essence of the album into a single song. The track opens with rhythmic guitar plucking and fantastical lyrics and ends with aggressive unharmonious Psycho-esque strings.

Anxiety and escapism seem to be common denominators in VanGaalen’s discography. This release, sprawling as it may be – also touches on these themes, among others. The disconnect, disorder and disruption present in the album seems almost symbolic of what many experienced in 2020 – when the album was produced. Having the world turned upside down often means starting from scratch and being forced to ask the big questions.

Chad VanGaalen finds beauty and redemption in a chaotic and confusing headspace and soundscape. World’s Most Stressed Out Gardener is confounding, but it’s sincere and effortlessly cool. The album encompasses everything from garage rock, vaporwave, folk, pop to classical elements. And these wild variations carve out a million, mini, magnificent musical moments.