Man on the Moon III: The Chosen 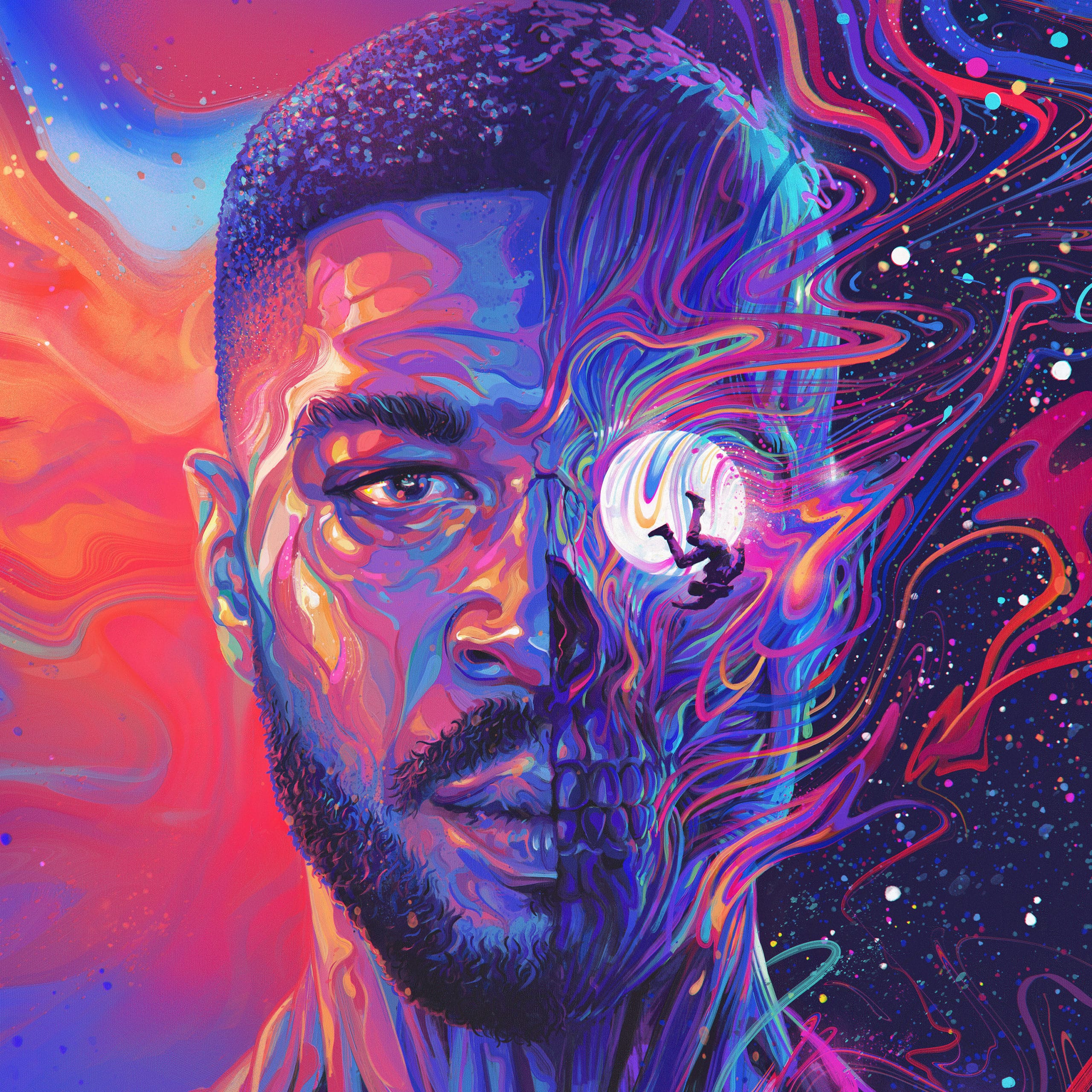 Man on the Moon III: The Chosen is the Man of the Moon for the next generation. After putting the Man on the Moon series on hold for the last decade, Kid Cudi’s latest installment is the last. During that time he released four albums to mixed reviews, with the last one, Passion, Pain & Demon Slayin’ coming out at the end of 2016. The quality in his music and the selection of his features have been on the upswing considering his collaboration album with Kanye West Kids See Ghosts back in 2018, and collabs with Eminem and Travis Scott, an artist where Cudi’s influence is firmly felt in his music.

The premise of the Man on the Moon series is simple. Cudi explores the themes of depression, anxiety, loneliness, detachment, and isolation through his music in an introspective style. To provide a backdrop, Cudi bends genres, effortlessly going from trap instrumentals like Show Out with Skepta and Pop Smoke to the musical melting pot that is She Knows This.

Man on the Moon III feels significantly shorter than its predecessors even on repeated listens. The heavy trap and drill influences on this Man of the Moon compared to the previous albums has something to do with it. The first Man on the Moon has 15 songs while the latter two has 18, and all albums are around an hour of total playing time. Mr. Solo Dolo III, Sept. 16, and The Void are the only songs that surpass four minutes, the latter coming in at around five and a half minutes. For context, almost half of the songs on Man on The Moon: The End of Day are over four minutes.

How the third album splits from the previous two is how Cudi puts his own spin on the artists that were influenced by his music. To do this Cudi brought the band back together. Emile Haynie, Plain Pat, and Dot Da Genius were all producers on the first two Man on the Moon albums who came back for the third installment.

Songs like Tequila Shots, Another Day, Dive, and Show Out all have trap beats with splashes of Travis Scott-esque autotune, but do not drown out Cudi’s distinct voice. And Trippie Redd, a Kid Cudi-lite protege, hops on Rockstar Knights two tracks later to rap about the risk of his death in the past while Cudi switches from pride to self-analysis repeatedly in his verses.

Phoebe Bridges and Cudi sing about the role of self-love in finding happiness with Lovin’ Me, which feels like an extension of The Void, a track about not surrendering to depression. Having two artists that are highly experienced with drill beats like Pop Smoke’s smoky voice on the hook and Skepta’s flow and comedic comparison between Kevin Hart’s height and the size of his crew’s firearms on the first verse make it a standout on the album.

Kid Cudi’s impact on a generation of artists and fans are undeniable, his influences are felt in the music of a plethora of artists. Even though this album is the last installment of the Man on the Moon series, it doesn’t feel like the satisfying conclusion that might have been anticipated or the final piece of a grand puzzle layered with different landscapes. Only Cudi would leave it on a cliffhanger.