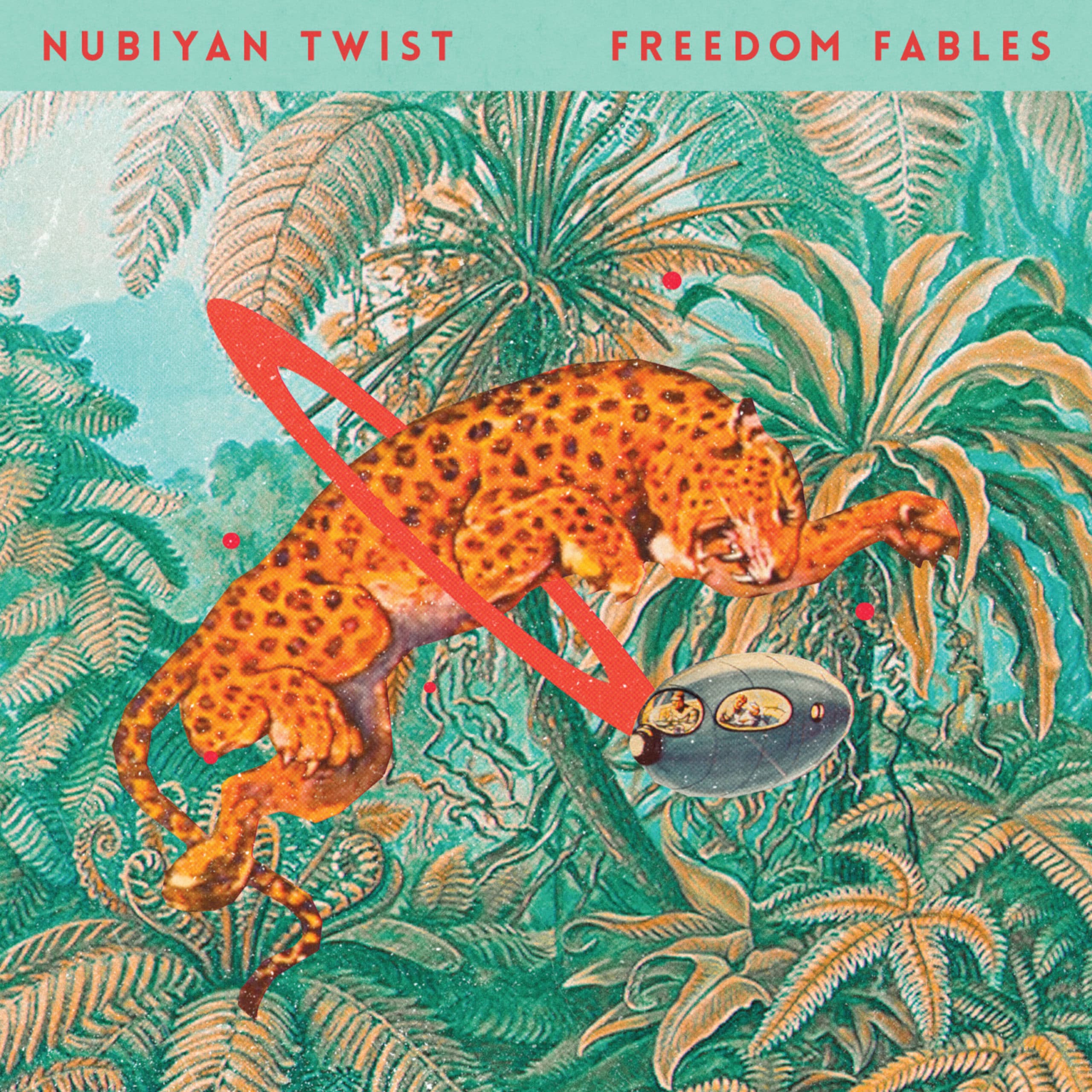 The London-based musical collective, Nubiyan Twist, have returned with their brand new album Freedom Fables through Strut Records, the follow-up to their critically acclaimed Jungle Run. The nine-track album produced by Tom Excell, effortlessly blends popular genres like soul, hip-hop, and jazz, with an infusion of afro-beat, Ghanaian highlife, Latin, and dancehall music.

While genre surfing is not new for the band, the eclectic mix in Freedom Fables raises the roof. The band stretches their limits, but finds a way to remain true to their roots, collaborating with some the UK’s hottest artists, as well as industry veterans. Emerging as a force in the British jazz scene, the swinging horns and solid rhythm section are at the forefront of Freedom Fables, give a nostalgic feel with contemporary nuances.

While the ten-piece collective get their shine on the album, sax-man and rapper, Soweto Kinch is a treat on ‘Buckle Up’. And he’s not the only one, the album mixes great musicianship with lyrical intelligence seamlessly creating  an emotional journey.

Freedom Fables is not only high-energy rhythm and melodies designed to keep you grooving, it is laced with the buttery, neo-soul vibes of Ria Moran, Cherise, and Ego Ella May. The album opens with ‘Morning Light’ featuring the sensual stylings of Moran, a new vocal talent hailing from the Leeds College of Music. The song is all sexy sax, brassy funk and tackles the delicate complexities of the heart.

The follow-up, ‘Tittle Tattle’ is the first instance listeners are introduced to Jazz FM Vocalist of the Year, Cherise. ‘Tittle Tattle’ is an ethereal conversation between the disparate musical strands. The explosive sax and thrashing drums, all compete with the songstress commenting on the toxicity of gossip.

But that’s not the last that we hear of her – Cherise is a stand-out on three out of the nine songs on the album. By the seventh track, ‘Flow,’ She’s proven herself a vocal powerhouse. The neo-soul number, which was released as a single prior to the album’s debut, is extremely punchy and infectious, reminiscent of Jill Scott at her best.

By the eighth track, things slow down with the soothing, mellow sound of harmonious piano chords. 2020 MOBO Best Jazz Act award-winner, Ego Ella May simply whisks listeners away with her celestial voice, in ’24-7′.

Other unforgettables on the album include the jivey ‘Ma Wonka,’ featuring Pat Thomas (the legendary singer for highlife guitarist, Ebo Taylor) and vocal trio K.O.G, led by Kweku of Ghana. Nubiyan Twist creates a powerful experience with Freedom Fables that feels authentic and explores arrangements that feel right to the ensemble. The band captures the cultural sound characteristic of the South London scene. The album is playful and funky, offering something different on each track. Freedom Fables brings the heat, and their unique sound will continue to cement their foothold in the British jazz scene.