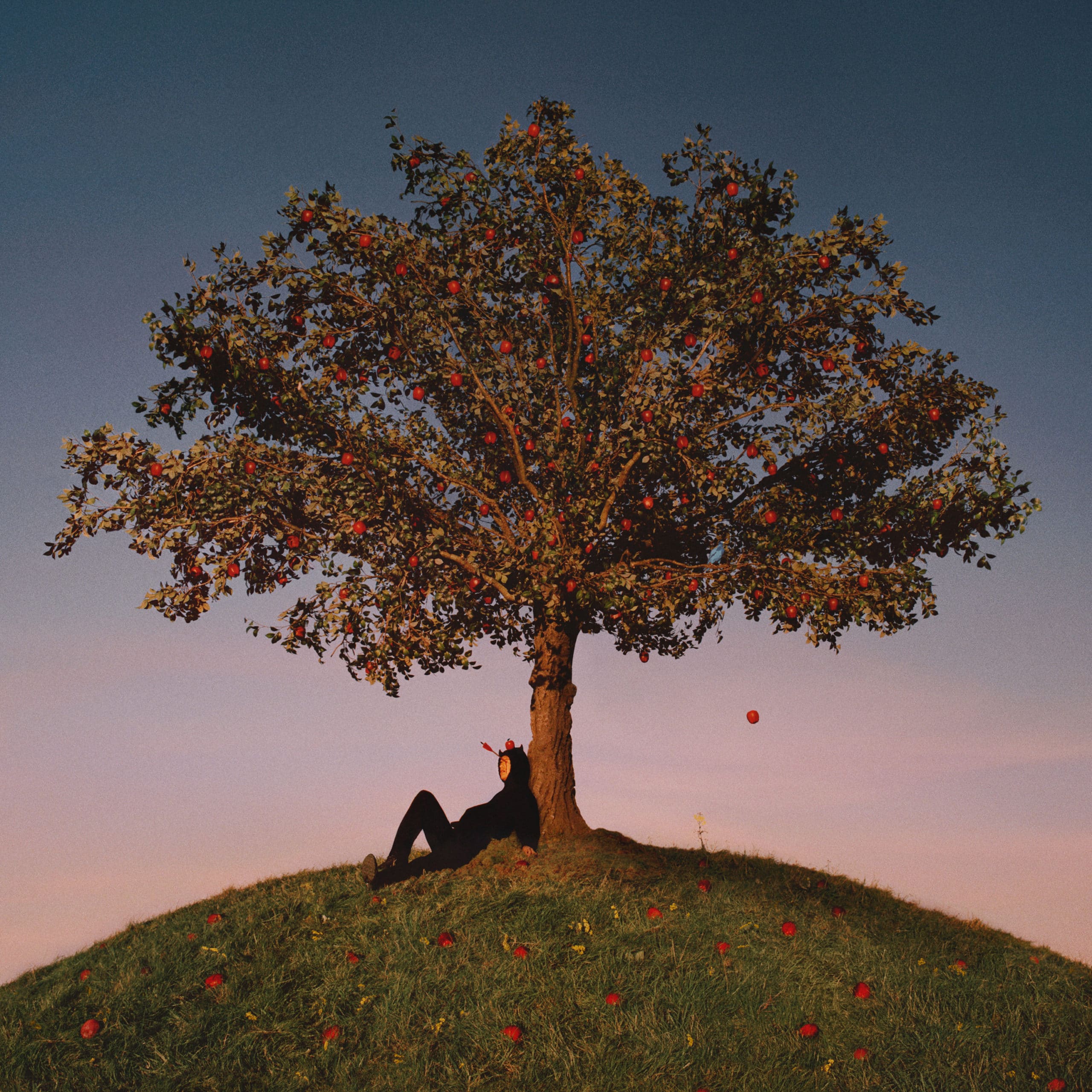 Almost exactly one year ago, slowthai had a Kanye-esque moment at the NME Awards in London. After winning Hero of the Year, the British rapper jumped off the stage and attempted to fight a member of the crowd as well as making sexual comments to Canadian, British-based comedian Katherine Ryan.

What happened after Kanye’s moment is the stuff of legend, My Beautiful Dark Twisted Fantasy. Is TYRON slowthai’s magnum opus? Definitely not, but that doesn’t mean that this album doesn’t have merit.

The album is split into two discs, with all the songs on the first disc capitalized. It starts off with ‘45 SMOKE‘, an intense barrage on the ears. slowthai doesn’t miss a beat but jumps from topic to topic with regularity, a theme on other tracks of the first half of the album.

The next two tracks have two high-profile features; ‘CANCELLED‘ with Skepta and ‘MAZZA‘ with A$AP Rocky. slowthai has some nice rhyming schemes at the end of his verse but what steals the show is Skepta’s wordplay in the first half of his verse. He starts with a reference to Alejandro Jodorowsky and ends with a clever Fugees double entendre, “run through the streets with a few Gs, we ain’t killing them softly.”

However ‘MAZZA’, ‘VEX‘, and ‘DEAD‘ are prime examples of slowthai’s tendency to miss beats in songs. He either jumps in before the beat or comes in late after the beat. On DEAD he raps slower than the beat, making it sound like the song is being played at 0.75 speed. He does the same thing on MAZZA for a bit but then speeds back up on time with the instrumental. The production on those songs is stellar but heightens his inclination of going astray.

‘WOT‘ had some nice promise as a longer song like some of the other tracks on this disc with its animated instrumental and slowthai’s tight verse but the song just serves as an interlude.

The last song on the first disc is ‘PLAY WITH FIRE‘, and serves as a transition to his introspective side on the second disc. Playing between the thoughts in his heads (“Sometimes I feel like I’ve got my head in a blender”), the lessons he’s learned (“If you love the world for its flaws, you will never be disappointed”) and the advice he’d like to give (“Don’t let your mattress swallow you, wallowing, thinking what you’re gonna do or gotta do”) this internal monologue foreshadows the second half of the album.

And, to symbolize this flip, the tracks go from being stylized in all capitals to all lowercase.

Immediately on the first track you see slowthai’s growth as an artist. On ‘i tried‘ the production is much slower allowing him to stay on beat. He also stays on topic on the song’s lone verse, reminiscing on the struggles from the past.

The second disc on the album touches on themes such as improving your life on ‘focus‘, having faith in yourself on ‘push‘, and being appreciative no matter what life throws at you and how you’re feeling on nhs.

The last two tracks on TYRON is slowthai at his new natural state as an artist. ‘feel away‘ with James Blake and Mount Kimbie is the emotional climax of the album with the piano in the instrumental and Blake’s range as a vocalist. ‘adhd‘ is (obviously) about slowthai’s struggle with the disorder. In an interview with Apple Music he said that this song was the most connected he’s ever felt. To cap it off, he gives an angry verse reminiscent of the first disc but stills stay reflective with the lyric, “Caught in Charlotte’s Web, I can’t feel myself.”

There seems to be an internal battle with slowthai. He’s been pigeonholed as an artist that makes music like the first disc, when he wants to make more music like on the second. Even though the first disc has some highlight songs, he’s made better songs in that vein, like ‘Doorman‘ and ‘Inglorious‘ from his debut Nothing Great About Britain. This other side still has some more exploring to do.